Get In Touch With Mike 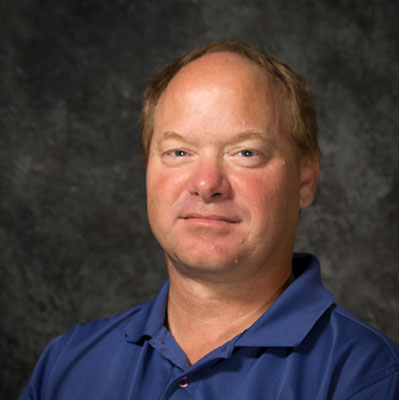 A little about Mike

Mike lives in Williamsburg with his wife Liz. They have 2 daughters, a son, and son-in-law. His oldest daughter was doing a service project for a year after high school and was in Sweden and that’s where she met her husband.  They were married in Sweden 8 years ago. Grace, Alyssa and Fredrick are all in nursing school for different types of nursing.

Mike has been involved with baseball, softball, basketball and soccer coaching as well as also helping out coaching soccer for a MP team in Iowa City for a number of years.

Something he believes you may not know about him, he has been here a long time and most people know most things about but he has been to Sweden 3 times and was able to take part in a festival where his son in law is from that had it’s 416th annual festival.  My son in laws first cousin is part of the Swedish Olympic ski team.

Mike’s favorite part of his job is the variety of tasks he sees on a daily basis. As a huge fan of KCTC he loves to point out that KCTC cares enough to call people after hours and actually address member issues on weekends.

The family kind of atmosphere is how he describes the best reason for working at KCTC and an accomplishment that is proud of is helping with outside plant and designing fiber routes.  “I designed the fiber route soon after I started for the ‘new’ Cell tower in Washington that made it possible to offer services in that area!” Mike says.

Mike projects that the “Internet of Things” is a never-ending progression and he looks forward to staying ahead of what is coming down the line.