(StatePoint) Healthy communities and a strong national economy rely on internet access for all, suggests a new study.

Indeed, in today’s economy, those in both urban and rural areas are equally dependent on online transactions, according to new report commissioned by the Foundation for Rural Service (FRS), entitled “A Cyber Economy: The Transactional Value of the Internet in Rural America.” However, rural dwellers do not always enjoy the same access to robust broadband as urbanites.

“Access to the internet is key to almost everything we do today — connecting us to education, healthcare, job opportunities, entertainment and so much more,” says FRS executive director, Jessica Golden.

But it’s not just people who are dependent on online transactions, the national economy is too. Half of the U.S. GDP today comes from internet-driven transactions and that percentage is expected to rise over the next four years, according to the report. Valued at $1.4 trillion and accounting for 7 percent of the U.S. nominal GDP, rural America accounts for a substantial portion of these transactions.

“These findings highlight the value of continued investment in rural broadband for the good of all Americans,” says Golden. 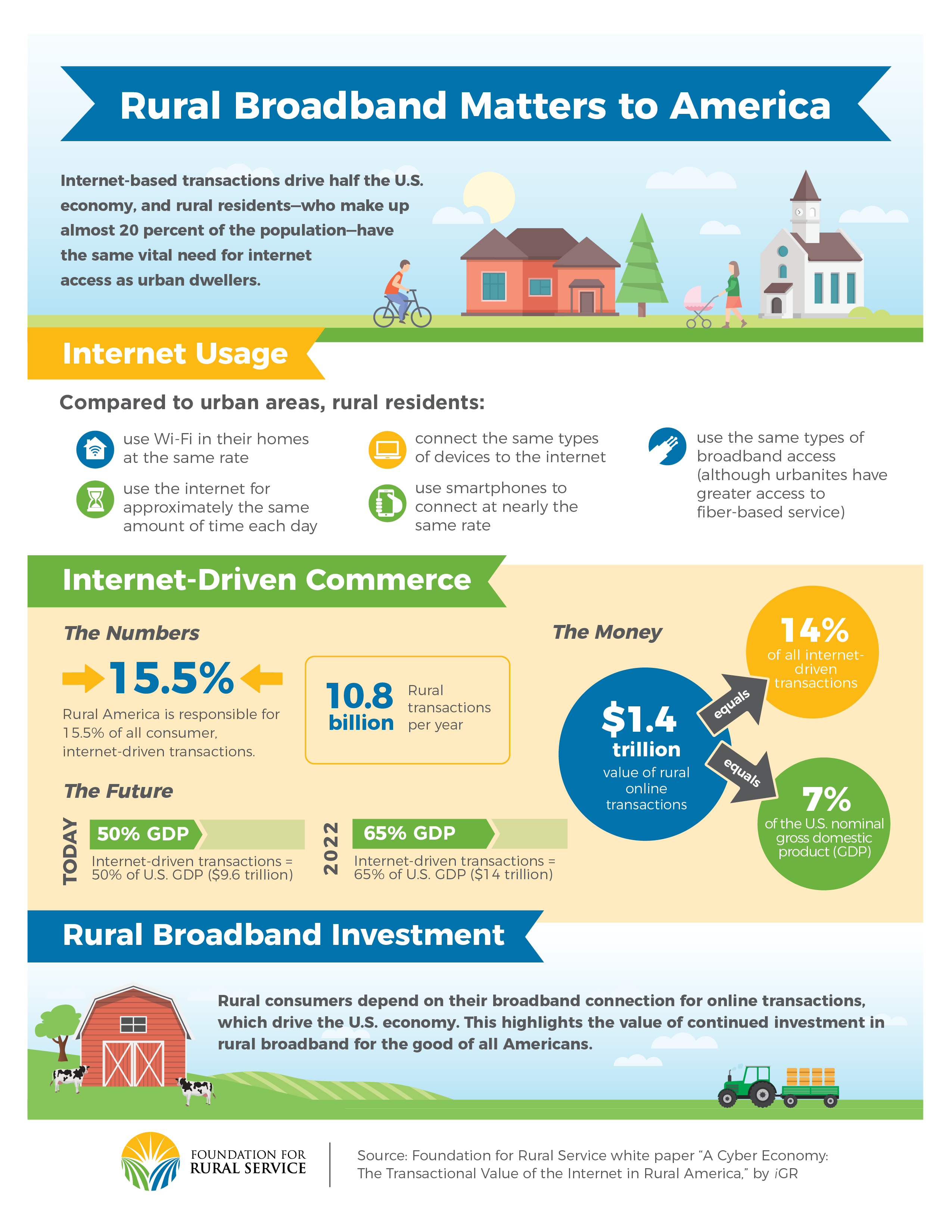